There is a moment…a moment when you’ve struggled, fought, cried, yelled and pleaded… and yet there they go out the door. This is the roller coaster of an unhealthy relationship. Every single time before this… this moment right here… you’ve given chase. You stopped them at the door and were able to convince, cajole, manipulate, beg them into staying. The fear of facing the world alone if even for a night was enough for you to swallow your pride, check your ego and give up your dignity.

The above writing was inspired by a follower from my Twitter account (@hublife) when he asked me what he should do about his girlfriend ending things with him while she deals with some issues in her life.  My advice was to move on with his life and that when someone loves you, they don’t “end things” when shit comes up… they might take a “break” so they can address their issues or whatever, but they do not outright break up.

The more I thought about it, the more I remembered all of the fights and emotional ups and downs of my previous relationships. The drama of arguing and then having it escalate to the point of one of us leaving.  Even at this moment while I type this, I’m shaking my head at the behavior I tolerated and at my own behavior.  I literally remember saying the words “C’mon, let’s work this out. It’s going to be fine.”  While simultaneously thinking to myself… no SCREAMING at myself in my own mind, “WHAT THE FUCK ARE YOU DOING!? LET THIS SHIT END!!!!”

I finalized my divorce in November of 2012.  However, we had separated in June of that same year and I had made myself a promise: I would no longer get sucked into unhealthy, toxic relationships.  I was thirty years old and it had been nine years since I gave myself an opportunity to do something special with my life.  I had bounced from relationship to relationship during that time, and when not in a relationship, I was seeking one.  Prior to my 30th birthday, it had never occurred to me to just “STOP” and completely disregard dating.

The decision to step back from my own life and my own drama caused a dramatic shift in my own paradigm. I began to think of the endless possibilities of what I might achieve with the focus being completely on my goals.  On February 1st, 2013, I formed my publishing company and typed up a timeline for my first books release.  (It should be noted that I had not written one single word for this book, yet I had determined a publishing date and picked out a title for the book: “Still Breathin’ The Wisdom and Teachings of a Perfectly Flawed Man.”)

Not only that, but I hadn’t even decided WHAT this book would be.  I’ve always been a great writer when it comes to putting together one to two paragraphs of “wisdom,” but I struggled with expanding those ideas into a greater work of nonfiction. In my mind, how or what the book would be didn’t matter. I just knew I was going to do it.

Initially the writing was raw, scattered and choppy. I had ideas and thoughts but not concise or cohesive sentences. I didn’t give up on the book, but I also knew what was quality and what was shit.  That first month I wrote shit.  Toward the end of February, I decided to begin maintaining my very first blog. The format and layout of the blog changed my approach to writing. Rather than doing what I had done the previous ten years, I decided to have fun with it.

I wrote about shit that made me laugh, included pictures that inspired my own thoughts and overall just was having a good time. Slowly, pieces of my own life started to creep into the writing.  By March 10th, 2013, I had entered what many call “The Zone.” I was in flow to such a degree that I was writing Monday through Friday and producing around ten thousand words per week (roughly 25 pages of content.)  Never in my life have I been so completely immersed in anything.  Every morning upon first arrival at work, my assistant knew not to fuck with me or ask me questions. All I needed was an hour and I would be done with another five to seven pages worth of content.

To this day, something incredible happens when I begin writing. It’s as if I can feel the hand of God himself clutching my brain and transferring thoughts, concepts and lessons directly into my mind, down my arm, through my hand, fingers and onto the keyboard. This is what happens when you honor yourself. This is what happens when you step away from all of the bullshit, the drama and allow yourself the opportunity to see just how “Big” you can be in this life. It doesn’t happen over night. It doesn’t happen when you’re emotionally wrapped up in nonsense. It happens when you step back and declare that this time, you will not get up.  This time you’re going to choose YOU.

Not all of these steps were taken. Hell, the book changed completely from the original concept and I missed my publishing date by around 6 weeks. But it got done. It became something that far exceeded my initial goal or dreams. 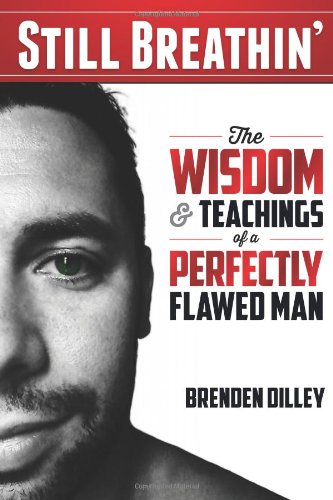